The project to build a Multi-modal Off-Shore Terminal off the coast of Venice stemmed from the need to eliminate oil traffic from the Venetian Lagoon in order to protect the lagoon ecosystem from the risk of major fires and the consequences of an oil spill, as described in Special Law n°798/1984.
This special law also requires that a port of refuge be built to guarantee the safety of ships outside the mouth of the port.
In addition to these objectives, the project also took into account maritime operators’ increasing demand to dock large container ships (which cannot enter the lagoon) at Venice and transfer the containers into smaller and lower impact ships at the intermodal terminals.

Designed by Thetis, the project will see the construction of a breakwater 17 miles off the coast of Lido di Venezia. The breakwater will be almost 4km long and shaped and directed such as to ensure docked ships are protected from sea storms caused by the bora and scirocco winds.

The following terminals will be built inside the basin:
• an oil terminal comprising 3 docks for oil tankers up to 350m long which can move up to 7 million tonnes of oil each year;
• a container terminal providing docking for two large ships carrying 8000 TEU containers (moving 1.0 million TEU yearly) at the same time.
Oil being loaded/unloaded at the oil terminal will be moved to the mainland via a submarine tube up until the Island of Fuel Tanks in the Marghera industrial area; goods will be transported to the mainland by mama-vessel. 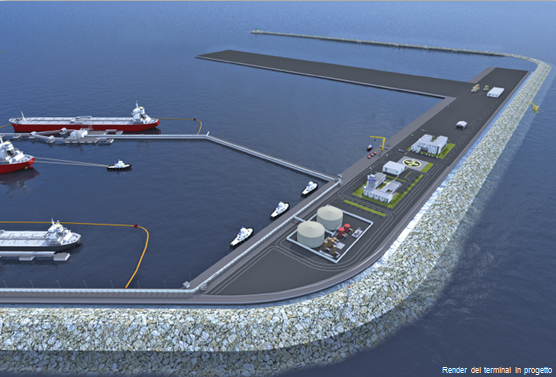 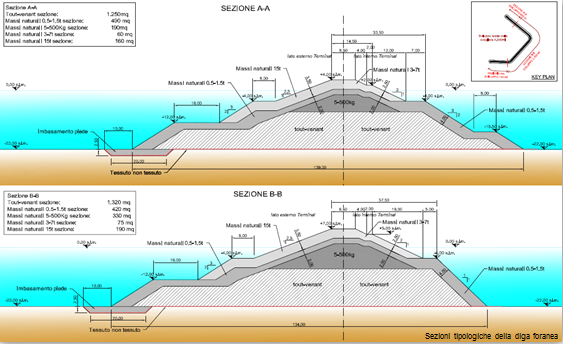 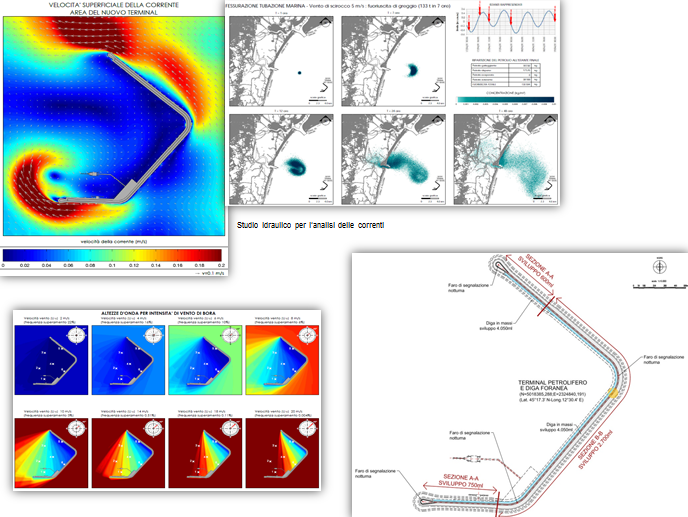 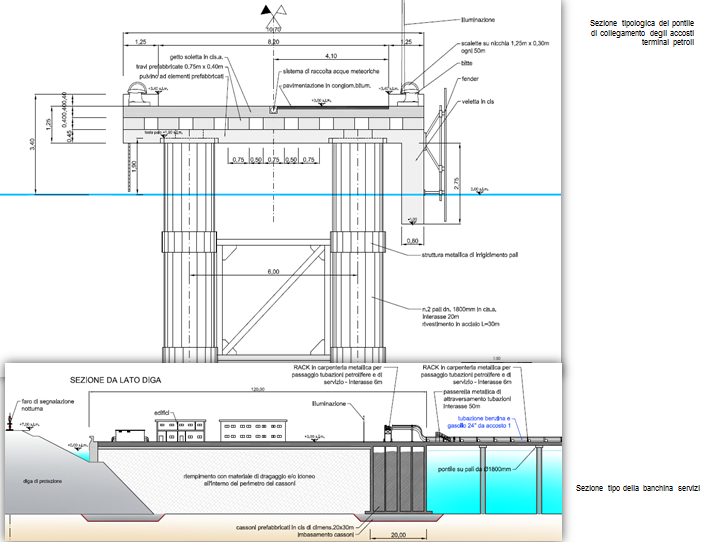 Recovery plan for the Lake Ypacarai… 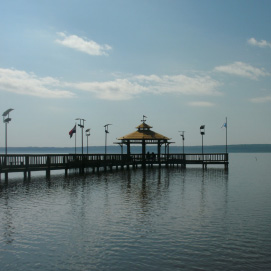 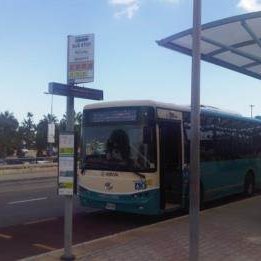 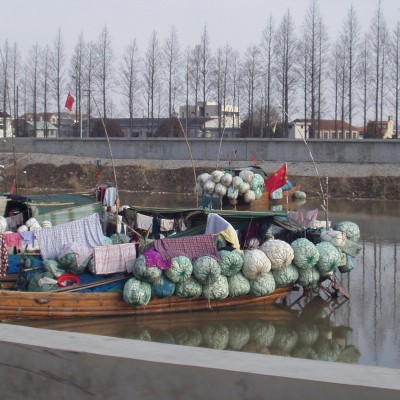 Building scenarios for physical and environmental… 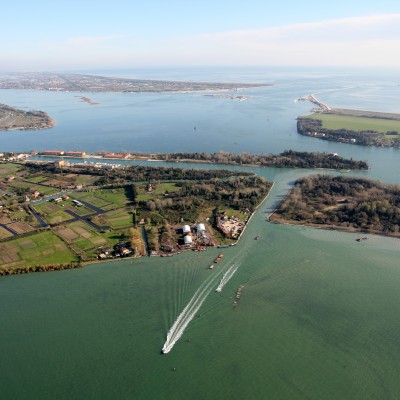 Restoration and environmental requalification of the… 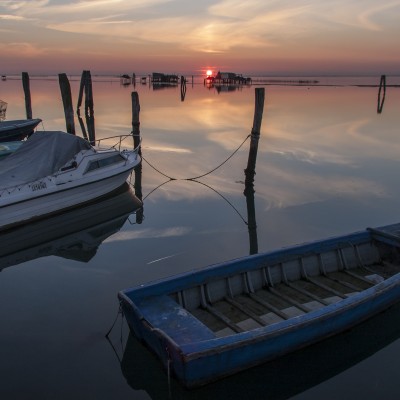 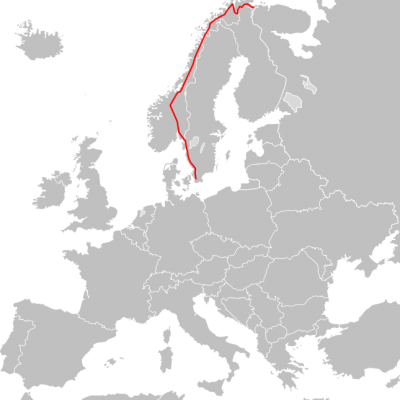 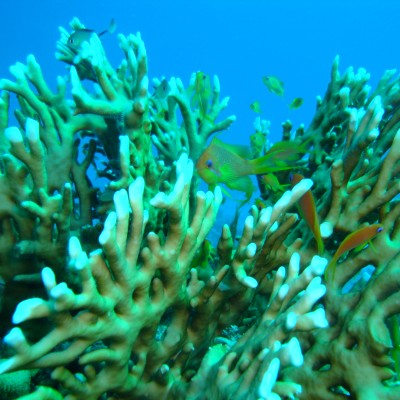 Hydrodynamic modelling of water space of… 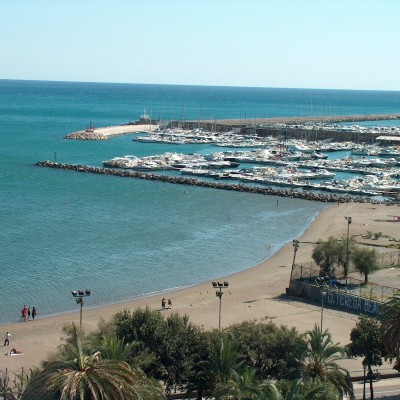 Environmental authorization of the off-shore terminal… 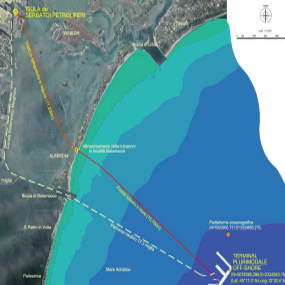 Design of interventions for the naturalistic,… 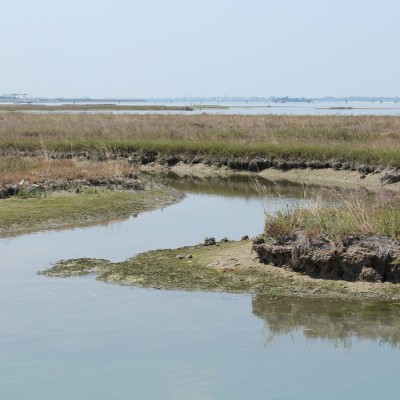 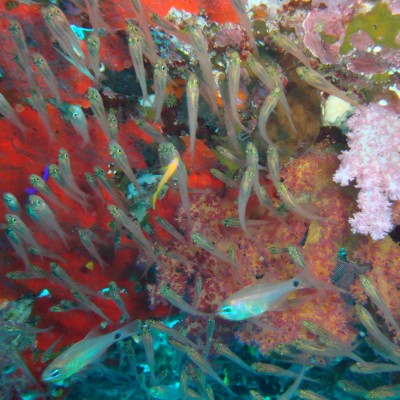 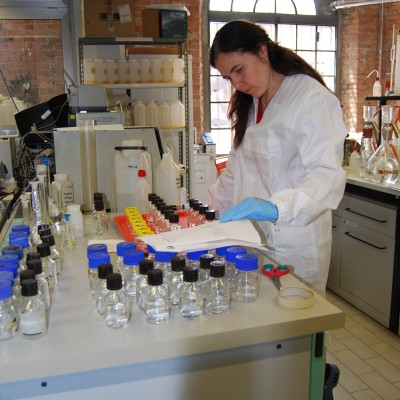