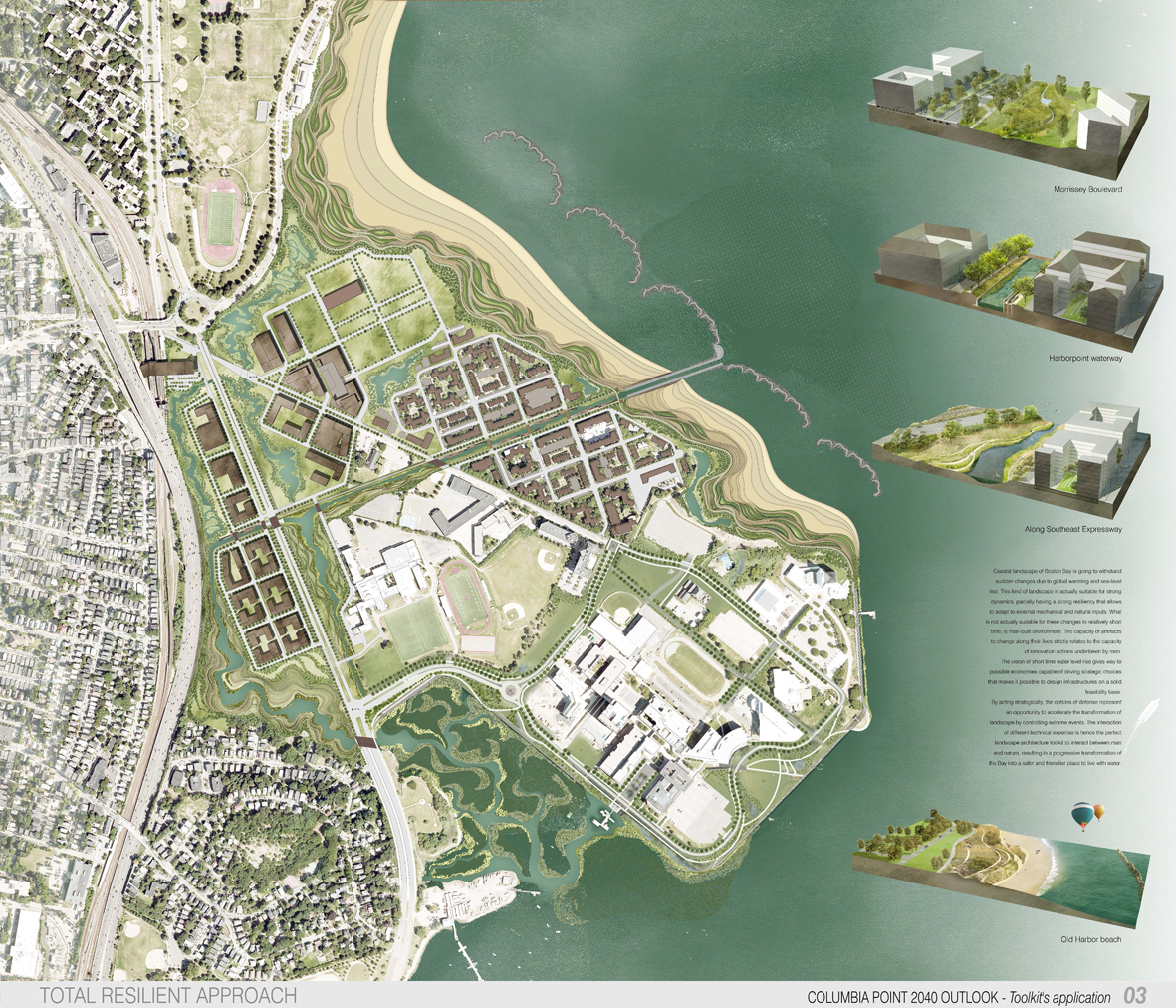 The city of Boston, the Boston Harbor Association, the Boston Redevelopment Authority and the Boston Society of Architects are the promoters of Living with Water, an international competition to develop solutions for the future of the cities that are at risk for sea level rise. Boston Mayor Martin J. Walsh presented the initiative, stating “The competition is an invitation to act and we are asking experts capable of envisioning the future to imagine Boston in the year 2100. We are investing to become a resilient city that is safer but also more beautiful and livable”.

Held on the occasion of the second anniversary of Hurricane Sandy, which struck the East Coast of the United States in 2012, causing more than 65 billion dollars in damage, the competition attracted the participation of 50 highly specialized international teams.

Thetis was awarded first place for its proposal to modify Morrissey Boulevard, an area facing Boston Harbor that already experiences flooding during unusually high tides. The proposal aims to increase the area’s resilience by converting the roadbed into a multi-functional infrastructure – the raised road will become a physical barrier to protect built zones that integrate services in the surrounding areas (parking, water storage tanks, technical spaces, etc.). 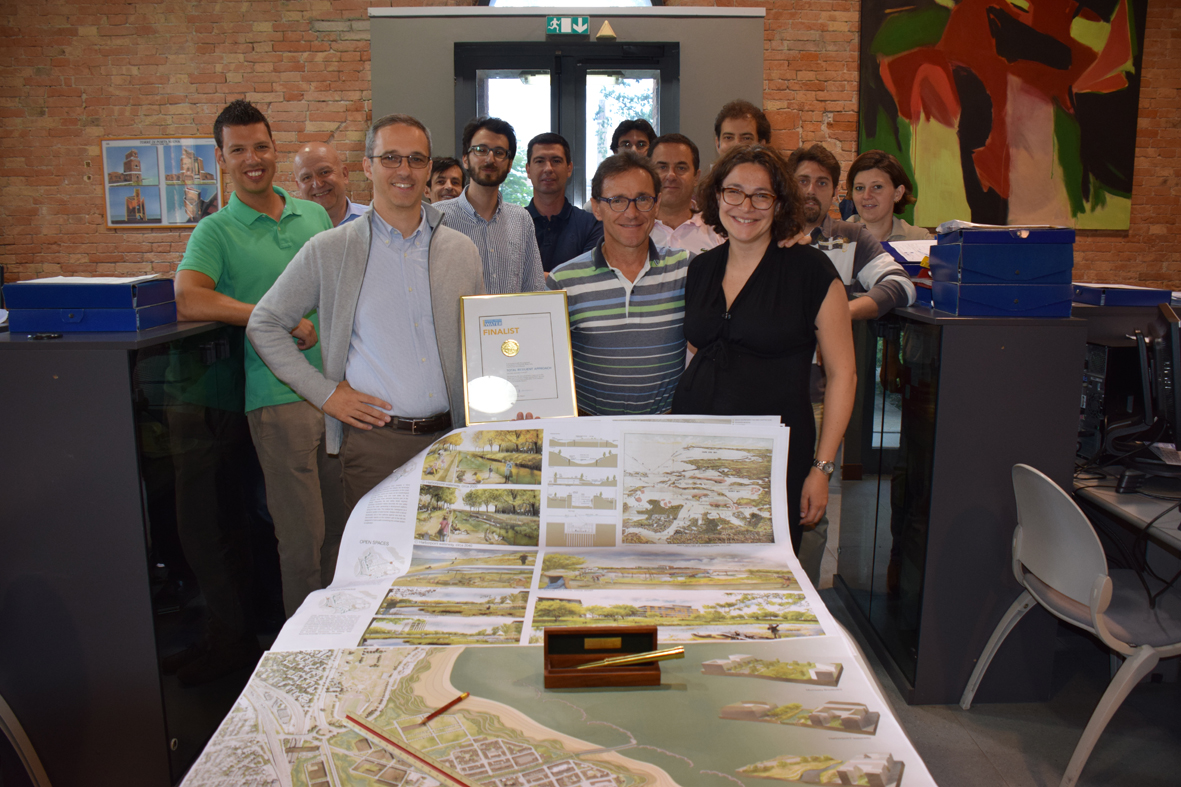 studio headed by architect J. Nunes and with the contribution of professors at MIT and Boston University, the proposal envisions short to medium term urban development in Boston that follows environmental resilience and coevolution models for climate change adaptation, transforming urban infrastructure into flexible elements used to improve the environment and promote social cohesion, and creating embankments that become multi-functional settings.

The project proposal also extends to the adjacent Columbia Point peninsula, including reshaping the elevation of the coastline and environmental and morphological improvement of the coastal area. This strategy, which aims to improve the area’s resilience by reconfiguring and renaturalizing green public spaces, includes a group of proposals for the sustainable development of new urban areas – integrated water cycle, use of renewable energy resources, phytoremediation to treat urban wastewater, use of green roofs and limitation of paved surfaces.

To improve Boston’s level of resilience over the medium to long term, Thetis proposed the creation of a system of mobile barriers that surround the entire bay. This system would be able to temporarily protect the whole city form sea level rise and extraordinary events (such as hurricanes or tsunamis), without limiting tidal vitalization and shipping traffic, and would capitalize on the experience gained with the current project in Venice to protect the city and its lagoon.