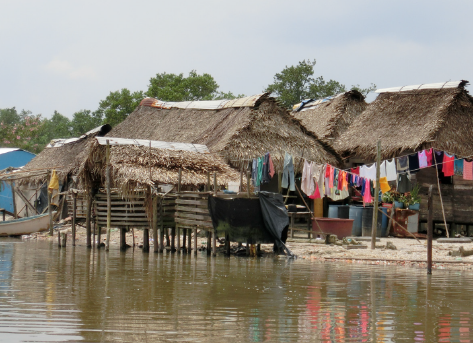 Valentina Giannini, CMCC Foundation researcher at ECIP and RAAS Division, and Emiliano Ramieri, manager of the Territory Engineering Unit of Thetis, have received the Best Papers Award (3rd place) at the North American Symposium on Climate Change Adaptation that took place on August 16-18, 2016, in New York. The paper, “A participatory process to design climate change adaptation measures for the Carmen-Pajonal-Machona lagoon system in Mexico” has been commended for its relevance, scientific adequacy and methodology.
The article was linked to TABASCO project focused on the Carmen-Pajonal-Machona lagoon system, a region located along the Gulf of Mexico in the State of Tabasco. It’s a low-depth (0.9 m on average) coastal wetland of about 190 km2, which is separated from the ocean by a fragile and highly vulnerable sand bar.